Heyy bookish people. I know, I know, this isn’t a discussion post, WHERE ARE THEY SIMI, SHEESH? Well, I’m glad you asked because they… are on their way! As I said, their train is a bit hung up at the moment. BUT THEY WILL COME. However for now, I’m listing 5 popular YA series I’ve never read because, yes, I’m a disgrace to the bookworm society, and I just want to shout that out to the whole world. Be grateful peeps, because these are some pretty big confessions I’m making and it’s not gonna be easy for me so have some respect.

And yeah, maybe I am a traitor to bookworms but, in my defense, I’m more into underrated books for a handful of reasons:

Anyway, here’s my list of popular YA series that I’ve never read. Please don’t hurt me because I WILL READ THESE. At some point.

1) The Hunger Games – I’ve seen the first film? I didn’t enjoy it massively? The only reason I watched it was because of the actor who plays Peeta, and I did like the characters, juuuust not the whole concept of kids being sent to die and all that. I’ve read about worse stuff that happens to adults, but kids? It just hits you harder I guess. They’re (mostly) so squishy and innocent. Imagine being that kind of squishy lil childling then BAM you’re chosen to participate in a ‘game’ where your only goal is to kill basically everyone you see and stop everyone else killing you – ‘everyone else’ being OTHER SQUISHY CHILDREN – and if you don’t die brutally, you have to live with the fact that you killed other squishy children for the rest of your life. Like, dude. Dude. But, knowing me, it’ll probably end up in my hands one of these days.

2) The Lunar Chronicles – I have a friend who used to be obsessed with this series, and I’ve honestly always wanted to read it but never found the time. Hopefully I will soon though because these books sound amazing and I love fairytale retellings so I can’t wait. I don’t think I’ve read a sci-fi dystopian thingy before though, but that makes me even more excited. Look at me trying new genres and making history. (Also, Trinity reviewed this series a few centuries ago on my blog [which you can check out here] and she loved it so I should probably read it)

3) Divergent – unlike The Hunger Games, I’ve seen all of the Divergent films and honestly, they weren’t too bad. I think the first film was the best one, but I’ve never even touched the books. I have another friend who’s obsessed with these, soooooooo I might borrow them from her, although I already know the ending because my Lunar-Chronicles-obsessed friend spoiled it for me. Ok, ok, maybe I told her that I was never gonna read the series and that I didn’t mind if she told me… honestly though, I hate going into books blind and I tend to explode if I don’t know what happens next. Normal people just read the book to find out the end, but I can’t do that ok?? With some books yes, but there are a few too many books that even before I read them, I knew their endings. So yes, maybe it’s a good thing my friend told me the ending, or… maybe I just need to sort out my reading habits.

4) The Maze Runner – maybe this shouldn’t be on my list because I already have it on my bookshelf all shiny and new and colourful… and unread, so maybe it should be on my list as a reminder of the disgrace I am to bookworms. I haven’t even seen the films, probably because I’m pretty intent on watching them after reading the books, which I will read VERY VERY soon because I need to get into another series but I’m struggling because of the remnants of Heroes of Olympus still giving me a bit of a book hangover. After 4 months, I am still being crushed by those feels… it’s painful.

5) The Mortal Instruments – I definitely don’t want to read this just because Lily Collins is in the film… although to be honest, that is literally all I know about this series, so I obviously must know more by reading it! Which I hopefully will do soon because – you guessed it – my Divergent-obsessed friend is also obsessed with this series and – you guessed it again – I can borrow the series from her. Also, Cassandra Clare and Rick Riordan are apparently really good friends and I love Riordan, so hopefully I’ll love Clare too 🙂

So there you have it: 5 popular YA series that I’ve never read. But will read! At some point. Have you read these series?? Do you recommend? Or are you a traitor like me and have never read them? Lettuce discuss.

Spread all the bookishness 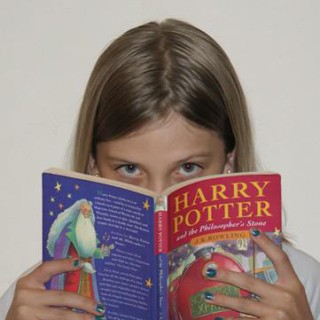 Heyy fellow wanderer. I’m Simi: a bookdragon, teen writer, fangirl, ENFJ, Gryffindor and professional enthusiast with a TBR taller than myself. Welcome to my little corner of the world where I blabber on about books and other stuff every Friday. Make yourself at home, and explore my blabberings.